Hold up wait a minute? Can the Police stop and search me? 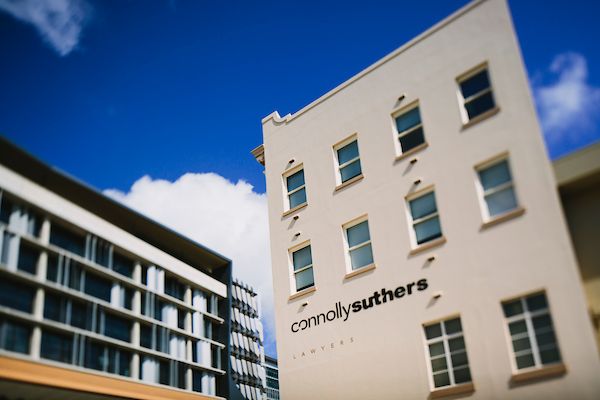 The most common question a criminal lawyer can get asked is, “what do I do if the police come to speak to me?’  The answer is fairly straightforward however most people don’t know their basic rights when it comes to interactions with the police.

If you are stopped by the Police you are lawfully required to provide your identifying particulars that is your name, date of birth, and residential address. Naturally, you would think that speaking to the Police would be the 'right thing to do' however every lawyer will tell you that the golden rule is that:

“You are not lawfully required to provide a statement or record of interview to the police, and you should never speak to the police without first speaking to a lawyer..”

So what does this mean? What powers do the Police have when it comes to stopping and searching you? What are you legally required to do when the Police ask to search you?

The Supreme Court Cairns recently ruled in favour of a defendant in a pre-trial application.  The decision closely examined Police Powers and Responsibilities Act and the power of Police to stop, detain, and search a person.

Ryan Connor Paull, the Applicant, was charged with possession of unlawful items including a pipe, cannabis, and approximately 26.812 grams of MDMA. His Honour Justice Henry ruled that evidence which was obtained by the Police should be excluded from his trial.

As the officers were beginning to search Mr Paull he had stated to them "if I'm in trouble…" and produced a bag inside his pants. This bag was found to contain 26.8grams of methylenedioxymethamphetamine (MDMA), which was later to be a pure weight of 18grams. He was also in possession of a pipe and a small amount of Cannabis.

Mr Paull was eventually charged on indictment to the Supreme Court, with Possessing a Dangerous Drug over 2g (circumstance of aggravation) and a single count of possessing cannabis.

Legal issues for the Court to consider?

In this application the Court needed to decide on the following issues:

Can the Police stop me?

The short answer is yes. The Police can lawfully stop you and require you to provide your identifying particulars (name, date of birth, and address) in prescribed circumstances.[1]  A prescribed circumstance is set out in detail at section 41 of the PPRA, it essentially includes a situation whereby the Police reasonably suspect that a person has or is about to commit an offence.

Another question more commonly asked, is can the Police stop, detain, and search me when there isn’t a warrant? The short answer is also yes, however the Police must have a reasonable suspicion that a person may be in possession of an unlawful item such as a dangerous drug or stolen property. These prescribed circumstances are found under s30 of the PPRA.[2]

At common law there is authority that gives a Trial Judge the discretion to exclude evidence on public policy grounds in circumstances where evidence has been obtained by the police's unlawful conduct.

This allows the court to exclude evidence against a person, in what would be a strong prosecution case, on the basis that the evidence has been obtained unlawfully.[4]

When the Court applies this discretion it essentially tries to perform a balancing act of bringing a conviction against someone who has broken the law and ensuring that at the same time there has not been an abuse of the power by the Police to enforce the law. [5]

In Mr Paull’s case the Police had submitted that his behaviour alone was a relevant factor in determining a reasonable suspicion. The Police stated that Mr Paull had been ‘walking fast’ with his head down, with no other person’s in the area when he was stopped.

The Court rejected these submissions, noting that within the CBD area there were a number of hostels, permanent housing, and apartments which would have people traveling between accommodations.  The Court did not accept the Police argument that no other person's were in the area as another pedestrian was captured in the Police Body Worn footage.[6]

Ultimately the Court ruled that whilst there would not be many people out at that time of the night, the mere act alone of walking fast at night did not reasonably ground a suspicion that a prescribed circumstance existed.

The Court found that the Police had not established any of the prescribed circumstances under the Police Powers Responsibilities Act which would allow them to stop, detain, and search Mr Paull. The Court exercised its discretion and excluded the evidence of Mr Paull's possession of the items and his admissions to the Police as evidence in his trial.

How can we help?

If you find yourself in a situation where the Police are wanting to speak to you, you are facing Police charges, or you have been charged and you are unsure whether the due process has been followed then make sure you speak to a lawyer.

Our Criminal Law team at Connolly Suthers Lawyers can provide you with the timely advice which can make all the difference in your case. It is extremely important that you speak to us first before you speak to the Police.