Conflicts of Interest and Superannuation 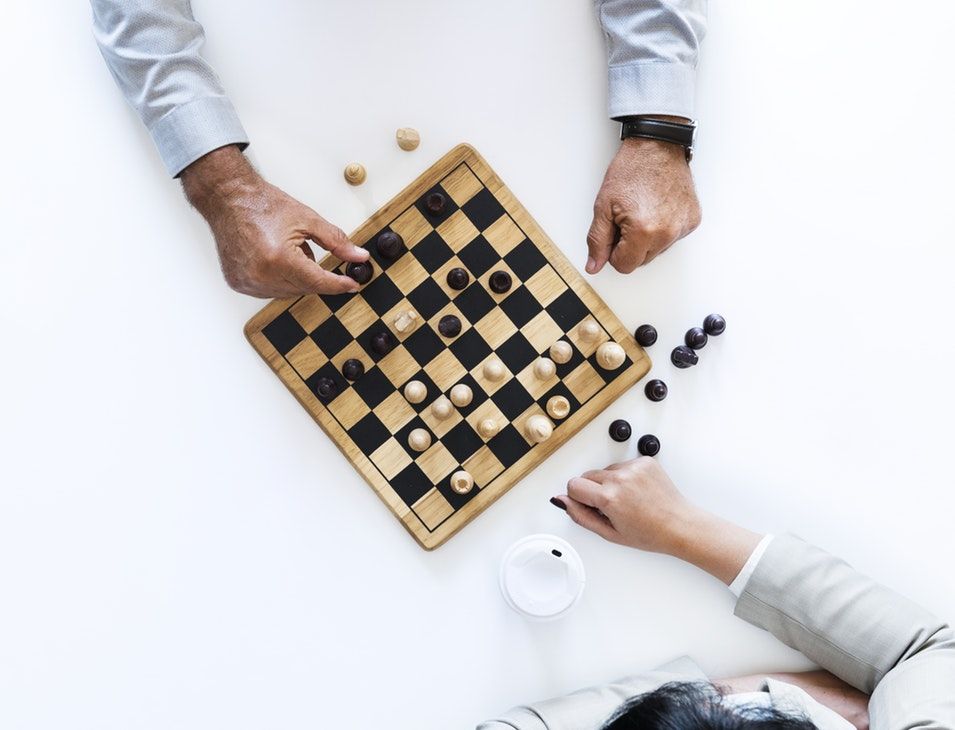 In considering your estate plan you should at all times bear in mind that the courts will apply the strict fiduciary duties that the law casts on legal personal representatives, trustees of superannuation funds and others even if the outcomes may not be fair.

Avoiding an expensive Supreme Court hearing about conflict issues is relatively easy if all or some of the following have been made:-

In Burgess, Mrs Burgess (a widow) asked the court to decide if conflicts of interest (in a number of scenarios) arose seeing she:-

One of the funds paid a small benefit to the estate.  The three different scenarios (and the respective rulings with respect to the other three funds) were therefore:-

Mrs Burgess was not trying to do her children out of some money, did nothing wrong in any sense and as soon she was alerted to the legal minefield she had wandered into she arranged for the Public Trustee to look after the interests of her children and she applied to the Court for directions about what to do.

From the Horse’s Mouth

The following comments of Justice Martin illustrate the legal issues involved and how easy it was for Mrs Burgess to find herself to be caught up in such a mess without even trying:-

1. The facts underlying the present application are relatively commonplace, but the problem they present is legally complex.

13. This application throws up an issue concerning the likely conflict of interest between the position of a widow seeking that her late husband's superannuation funds all be paid to her in the capacity as the spousal dependant of the fund's deceased member - in contrast to the fiduciary duties the widow is bound by and must observe in her capacity as the administrator (ie, trustee) of an estate, where that estate must be administered not only for her interests but also in the interests of her two young children as the other beneficiaries of the intestate estate.

15. At the outset, I observe that the unfortunate circumstances posed for resolution could have been avoided if the deceased man had done two things differently prior to his death. First, if he had executed a will, then the undesirable scenario for his surviving family of dealing with an intestacy situation would have been avoided. Preferably, his will would have said in explicit terms that there was no difficulty for his widow, if she was appointed as his executor, in acting exclusively in her own interests by applying to receive personally and receiving the full entitlement to any superannuation fund proceeds to which he might be or become entitled in the event of his death.

16. Secondly, if the man had signed and presented a binding nomination document to the trustees of the four superannuation funds in which he held entitlements (including any life benefits), then such an instruction would ordinarily have bound the trustee to distribute those funds, say, on a 100% basis to his widow (rather than to his estate) if so directed, rather than leaving the distribution decision wholly to the trustee's own discretion.

17. Regrettably, neither of those two events happened here. Hence, the present problems arise in rather adverse underlying factual circumstances, which might otherwise have been easily avoided. In a less than optimal factual scenario, I need to bear in mind the aphorism that 'hard cases make bad law'. The implications of any decision rendered towards these facts could carry wider implications later for less worthy facts.

24. I should note that there has not been the slightest suggestion of any misdealing conduct or misappropriation of any of the superannuation payment funds received by Mrs Burgess to date.

84. In an age of increasing moral ambivalence in western society the rigour of a court of equity must endure. It will not be shaken as regards what is a sacred obligation of total and uncompromised fidelity required of a trustee. Here, that required the administrator not just to disclose the existence of the (rival) estate interest when claiming the superannuation moneys in her own right from the fund trustee. It required more. It required her to apply as administrator of the estate for it to receive the funds in any exercise of the fund trustee's discretion.

85. On my analysis, the approach of Atkinson J taken in McIntosh cannot be faulted as a matter of law. I would respectfully apply it here, even though the underlying facts are different. The interests of a deceased estate require a 'champion' who cannot be seen (even if they are not) to be acting halfheartedly, or with an eye to achieving outcomes other than an outcome that thoroughly advances the interests of the estate - to the exclusion of other claimants.

91. The result is, of course, messy for the family and less clear cut than might otherwise have been desired. However, that is a result of wider trustee integrity policy principles of the law which take effect and prevail. They are of vital importance and are applicable to universal circumstances extending well beyond the present rather regrettable factual situation. The present is a situation, I reiterate, that might have been avoided by the two measures I earlier mentioned.

Avoiding the Conflict and the Court

Whilst the ruling in respect of the first death benefit payment might encourage someone to hold off making an application to become an administrator I would not recommend anyone doing this.  It was clear that Mrs Burgess had not been guilty of quasi-deceit (i.e. equitable fraud) which was not the case in McIntosh.

It might not be so clear if it could be established that the delay was in any way contrived.

McIntosh and Burgess make the position abundantly clear in the case of the administrator where there is an intestacy.  It is clear that the deceased has not impliedly authorised a conflict by nominating an Executor.

The position is not as clear cut in the case of the executor who is appointed by will (and there is no specific provision about super death benefits and conflicts).  If there is no specific provision it could still be argued the mere appointment as executor authorises the conflict.  That is certainly an argument and possibly a good one.  It is by no means certain and a court hearing would still be on the cards.

It goes without saying the best ways to avoid the problem arising  (and the Court system) are to:-

There are other considerations (and things that can be done) if the super fund involved is an Self Managed Superannuation Fund.

With SMSFs it is always crucial to make sure that the person left as trustee, is the person you want to be making decisions about paying the death benefit. All the issues mentioned above usually fall by the wayside if the right person is left in control.

Make a Wills and Estates Enquiry

By Paul Radford  A Swollen River of Laws Lawyers, Accountants, Rural Business Succession Planners and the like should always take special care when dealing with the sale or gift of enormously valuable grazing and cane farm properties.  The ...read more

And then came the After..... Is your SMSF adequately diversified?

By Paul Radford SMSF trustees need to truly understand diversification and better diversify their portfolios.  This is particularly so when along...read more

By Paul Radford SMSF trustees need to truly understand diversification and better diversify their portfolios.  This is particularly so when along comes something like Covid-19 and then, the inevitable economic recession or once in a life time de...read more

By Renee Lovelady Tomas  It’s here: COVID-19 Emergency Response Act 2020 We previously issued an alert about the Mandatory Code of Conduct introduced by the National Cabinet on 3 April 2020. The next step in that process was to enable that...read more

Land Tax Relief for those Impacted by COVID-19

By Renee Lovelady Tomas What is land tax Land tax is a state tax and is calculated on the freehold land that you own in Queensland at midnight on the ...read more

By Renee Lovelady Tomas What is land tax Land tax is a state tax and is calculated on the freehold land that you own in Queensland at midnight on the 30th of June each year. The tax rate depends on what type of owner you are (an individual, a company...read more

By Paul Radford, Earlier this week (20 April 2020) the Court of Appeal of the Supreme Court of Victoria dismissed an appeal in the ongoing Wareham v M...read more

By Paul Radford, Earlier this week (20 April 2020) the Court of Appeal of the Supreme Court of Victoria dismissed an appeal in the ongoing Wareham v Marsella [2020] VSCA 92 war. To refresh your Covid-19 addled minds in Re Marsella [2019] VS...read more

COVID-19 a Timely Reminder to Review your Succession Planning

By Erlinda Nunn During the COVID-19 lockdown we all seem to have a lot more time on our hands. Some are exercising, some are baking banana bread and o...read more

By Erlinda Nunn During the COVID-19 lockdown we all seem to have a lot more time on our hands. Some are exercising, some are baking banana bread and others are learning a new language or skill. But, perhaps our time in lockdown could be wisely spent ...read more

COVID-19 Providing Concessions for the LRBA in my SMSF

By Paul Radford The economic impacts of the COVID-19 crisis are causing significant financial distress for many businesses and individuals. If your SM...read more

By Paul Radford The economic impacts of the COVID-19 crisis are causing significant financial distress for many businesses and individuals. If your SMSF has a related party loan and is impacted due to the financial effects of COVID-19, you may be abl...read more

You are separated, you don’t get on with your ex but you still have to talk to them about your children.  Pretty stressful?  You bet. ...read more

You are separated, you don’t get on with your ex but you still have to talk to them about your children.  Pretty stressful?  You bet. Then pile on the upheaval and uncertainty of dealing with Covid-19, and watch your stress levels ris...read more